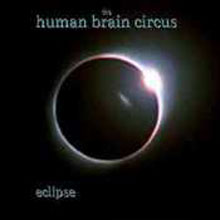 The HUMAN BRAIN CIRCUS is a artist collective founded 1996 by Jörg Fachner, Wolfgang Schröder, Andy Martin, Michael Otto and Erich Lehna. Later main band members where Philp (Sunny) Teske and Atila Manju and as guest on drums Jarmo Weckmüller.
The ART OF MOMENT is the motto witch means consistently improvised music created out of the moment. With this concept the band was touring round 10 years in Germany.
Below you can listen music from the last album ECLIPSE.